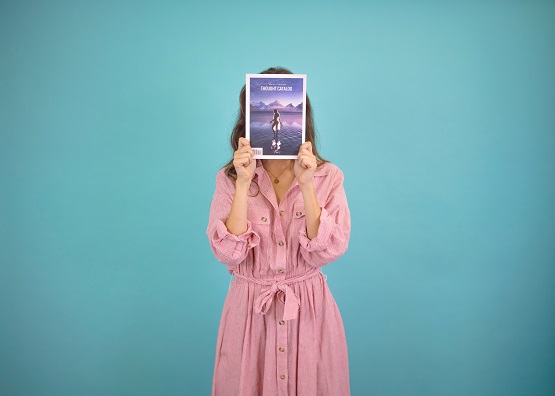 Why you should listen more carefully

I was listening to the radio in my car a few weeks ago and one particular segment had me enthralled. The presenters were talking about commonly used phrases that are often mispronounced.

Have you ever said “You’ve got another thing coming”?

Or do you usually say “You’ve got another think coming”?

You’re not alone. Most people don’t realise they’re mispronouncing these well-known phrases because they’ve grown up believing this was the right wording the entire time.

And funnily enough, this phenomenon has a name. It’s an eggcorn – a mishearing of the original word or phrase.

This started me thinking about things I’ve mixed up over the years, and even things my husband says that make me laugh.

So, I’ve listed a few of my personal favourites below, along with the proper phrases and meaning.

Should be ‘as opposed to’

I fell victim to this when I was still at school. I’d written an English essay and my Dad was checking it for me when he came across a sentence containing the phrase ‘as a pose to’. He asked me what I meant, so I said I was forming an argument that you should consider x as a pose to y. He fell about laughing before explaining to me that the correct phrase is ‘as opposed to’. I’d simply written what I thought I heard every time someone said it. I never made that mistake again…especially considering those were the days of handwritten essays and I had to rewrite the whole page again by hand!

2. You’ve got another thing coming

Should be ‘you’ve got another think coming’

This is one you hear all the time, and when people talk quickly, or they mumble, it’s pretty hard to hear the difference between thing and think. Plus, most people don’t really know the meaning or origin of the phrase so don’t even consider they might be saying it incorrectly.

The best way to unravel this one, is to understand that ‘you’ve got another think coming’ is part of a longer phrase, and it’s the shortened version that causes the confusion. The full phrase is ‘if you think that, you’ve got another think coming’. So, what they mean is ‘if you think that, then your thought is wrong, you need to have another one’.

The shorter version is definitely easier to say!

Should be ‘beck and call’

It’s easy to see how this phrase has come about. The correct way to write the phrase is with three words, beck and call, and similar to the previous example, it traditionally forms part of a longer phrase ‘to be at someone’s beck and call’.

But the word beck is a word in its own right and is the short version of beckon – the verb, to make a gesture with the hand, arm, or head to encourage or instruct someone to approach or follow. So, in some ways beckon call does makes sense.

It’s typically used to say ‘you’re at someone’s beck and call’, suggesting you are ready to obey or react to their commands straight away. It’s generally used with negative connotations, perhaps when a request is unreasonable.

Should be ‘whet your appetite’

This caused some uproar on the radio show I was listening to. After all, to wet your appetite makes complete sense when you think about how you might salivate over a meal you’re looking forward to, or that piece of chocolate you’ve been saving in the fridge.

But the word ‘whet’ is an old word, meaning to sharpen or put a fine point on something. So, whet your appetite means to sharpen your desire for food.

The misunderstanding is created by a similar phrase, to wet your whistle. In this instance, it’s correct to use ‘wet’ and not ‘whet’.

I’m going to leave Merriam-Webster dictionary to officially explain why.

Whet your appetite is a phrase meaning to ‘sharpen one’s desire for food’ whereas wet your whistle refers to having a drink. Here, ‘whistle’ is a historic metaphor for the mouth itself and thus ‘wet’ is the appropriate word. An ‘appetite’ on the other hand cannot be made physically wet, and thus ‘whet’ is the correct term.

5. For all intensive purposes

Should be ‘for all intents and purposes’

Maybe your phone has stopped working, so ‘your phone is to all intents and purposes useless’.

Or if you have cold feet, ‘the blue socks are to all intents and purposes as warm as the black socks’.

Should be ‘hunger pangs’

This is another one close to my heart. My husband often says this, and it took both his Mum and I together to finally convince him it was incorrect.

The problem is, when you’re hungry you sometimes do have a stomach ache, and therefore you associate pain with hunger – hunger pains. There’s nothing grammatically incorrect about this phrase.

But it’s not the original phrase. A pang is a sudden sharp pain, so that stomach ache you’re feeling is actually a pang, hence the phrase ‘hunger pangs’.

Should be ‘different tack’

Similar to ‘thing’ and ‘think’, the words ‘tack’ and ‘tact’ are very easy to mishear. Tact is a short form of tactic and it’s easy to see how this can be confused. But the way I remember it is to think about a boat. When a boat changes course or direction it ‘tacks’.

So, when a meeting isn’t going the way you expected, maybe you should “change tack” to get the outcome you need.

Should be ‘buck naked’

This one genuinely surprised me. Butt naked makes sense. When you take your clothes off and you’re naked, your butt is exposed???

While that may be true, it doesn’t make the phrase any more correct! The phrase ‘buck naked’ means completely unclothed, so you’re born buck naked and you take a shower buck naked.

Grammarians agree this one could go either way. It’s a great example of where the modern day adaptation seems to make more sense than the original. In fact, the origins have been lost and no-one is really sure how this came about. The most popular theory relates to the buck as a male deer or goat, and the skin of bare buttocks is considered pale and smooth like buckskin.

I have a feeling ‘butt naked’ may eventually win out here.

The last one in my list I again credit to my husband. When we first met, I let this one go for a long time, but eventually I couldn’t help myself and I had to ask him why he said “dished”. When he thought about it, he couldn’t come up with a reason, and he admitted it didn’t really make sense, but it just sounded right!

No matter which way you look at it, dish has no relation to diss. Diss is a colloquialism for an insult or put-down. It’s an expression of disrespect. So, when you diss someone, you are talking about them in a negative way.

Have you discovered you’ve been saying something wrong for many years, or do you know someone who mixes up their phrases. I’d love to hear about it…